While cannabis remains illegal under federal law, over two-thirds of states have legalized some form of marijuana usage. Although the industry is flourishing, cannabis-related businesses have extreme difficulty in accessing banking services.

A group of alternative options has opened up, but the industry is still predominantly cash-based. This situation is a fertile breeding ground for thieves and tax cheats. States that allow legal marijuana tax the substance. However, as businesses pay taxes in cash, collection is a nightmare.

This article outlines the root of the cannabis banking problem and explores how federal law hinders the industry.

What Is the Situation with Marijuana & Banking?

The United States has a dual banking system. Banks and credit unions have the option of picking a state or federal charter. Typically, national banking institutions must follow a set of federal laws. State institutions have to adhere to state law.

If the dual banking system allowed state law to regulate state banking facilities, things would be much easier for the cannabis industry. However, the federal government has a measure of regulatory control over state institutions. Likewise, state governments have a little control over federal institutions. 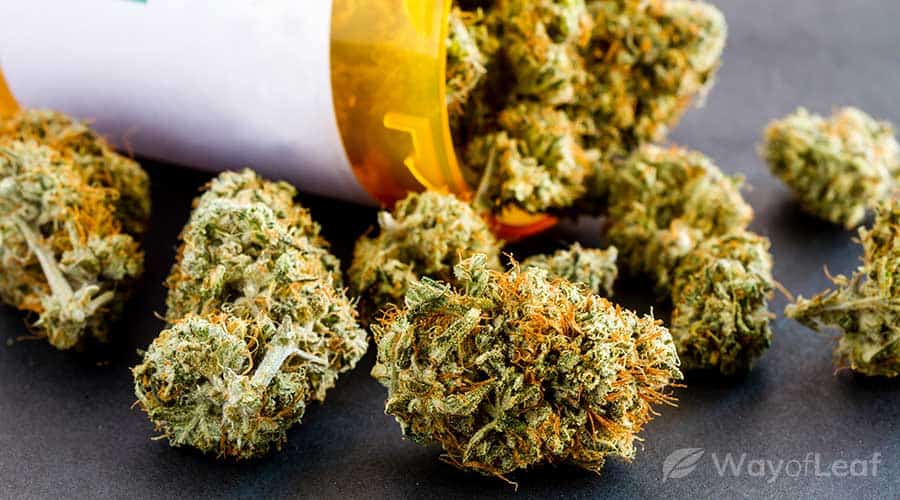 However, in general, the existence of a state bank charter has minimal impact on the national banking system.

The federal Controlled Substances Act (CSA) prohibits the manufacture, sale, and distribution of cannabis. Federal law also criminalizes any conduct pertaining to cannabis and also penalizes accessories after the fact. Crimes involving large quantities of marijuana are felonies and can result in serious prison time.

It is also essential to understand that the United States Supreme Court has upheld federal authority to criminalize cannabis. In other words, where recreational and medical marijuana is concerned, federal law supersedes state law.

What Does This Mean for Cannabis Banking?

Simply put, banks must adhere to federal law, which says that marijuana is illegal. Therefore, providing banking services to a cannabis dispensary and its employees is a federally illegal act.

Let’s imagine that a cannabis business in California goes to a bank and asks for a loan. They are operating legally according to state law and explain that they want the money to start a cannabis business. Approving the loan and putting the money into a checking account is akin to distributing marijuana. The bank is aiding and abetting cannabis distribution, which is a federal crime.

Simply put, banks must adhere to federal law, which says that marijuana is illegal.

Also, knowingly accepting deposits from a cannabis dispensary is acting as an accessory after the fact. This is another federal crime!

The Department of Justice is crystal clear on this issue. It warns that people who grow, sell, or distribute cannabis, or knowingly facilitate such activities, violate the CSA, regardless of state law.

The DOJ admitted that it might ignore some CSA violations in states where marijuana is legal. The Cole Memo laid out various federal law enforcement policies. It effectively said the feds would allow states to handle cannabis laws as they see fit. However, it did not provide immunity from federal prosecution.

Jeff Sessions rescinded the memo in January 2018 while he was the Attorney General. The Sensible Enforcement of Cannabis Act was introduced in response in 2019. It is proposed legislation to protect cannabis businesses and consumers in states where it is legal. This bill hasn’t yet passed, however.

The Hands of Banks Are Tied

The threat of federal prosecution is enough for financial institutions to refrain from associating with cannabis businesses. Even if they aren’t prosecuted, banks could lose money due to criminal and civil forfeiture laws. Federal officials have the authority to seize marijuana-related property, including bank accounts. Financial institutions could even lose their banking licenses.

Furthermore, banks must report any illegal activity they discover to federal officials and stop lawbreakers from entering the banking system. According to the Money Laundering Control Act, the act of money laundering is a federal crime.

Some marijuana businesses resort to subterfuge to get banking access by disguising the nature of their enterprise. They might open a holding company to get a banking account. Then they put their assets beneath that organization’s name. However, cannabis businesses that embark on this process are also committing money laundering offenses.

The Bank Secrecy Act and USA PATRIOT Act state that financial institutions must have proper anti-money laundering programs in place. Therefore, it is exceedingly difficult for marijuana companies to open bank accounts under false pretenses.

In February 2014, the Cole Memo provided hope to the cannabis industry. It increased financial services available to marijuana businesses operating in legal states. This announcement made it seem as if cannabis companies could start operating like ‘traditional’ businesses.

The memo didn’t protect banks working with marijuana businesses from federal prosecution. However, it did say that banks were unlikely to get targeted if they didn’t violate one of the DOJ’s eight areas of concern related to the cannabis industry.

Alas, financial institutions’ fears were not allayed. The fact they could still get targeted was enough to keep almost all banks away. When Sessions rescinded the Cole Memo, this brief hope was extinguished.

Even though they can’t access regular banking services, cannabis companies still have to pay federal income taxes to the IRS. This is due to IRS Code 280E. It is the code used for the taxation of illegal drug trafficking. As part of 280E, marijuana enterprises have to pay their taxes even though what they sell isn’t federally legal.

The lack of banking services for these businesses spells a nightmare for state treasuries. The issues faced by the state of Oregon are a perfect example. Marijuana dispensaries that declare sales have to bring tax payments in cash monthly. They travel to Salem to deposit the money in a heavily guarded bulletproof site.

Dispensaries already have to pay a variety of sales and state taxes. The opportunity to avoid paying tax must be hard to resist for many. If they get paid in cash, it is tricky to determine if they are avoiding tax.

What Other Banking Options Do Cannabis Businesses Have?

It is incorrect to say that marijuana companies have NO banking options. There are a growing number of banking and payment processing solution companies. These include:

Not all options specifically relate to the cannabis industry. Many of these suppliers deal with organizations in high-risk industries. These companies offer payment services, wire transfers, and general banking services.

While these options are better than a cash-only existence, these services come with high monthly and transaction fees. Successful cannabis dispensaries will ultimately pay tens of thousands of dollars more in such fees than if they used a typical banking service.

What cannabis businesses require is legislation to help them work with banks.

What Does the Future Hold for Cannabis Banking?

There have been several attempts to rectify the situation. The Secure and Fair Enforcement Banking Act (SAFE Banking Act) of 2019 is the most noteworthy. It passed the House of Representatives easily in September 2019.

Unfortunately, efforts to get provisions of the SAFE Banking Act included in the Coronavirus relief bill in December 2020 failed. However, Democrat senators have said that cannabis reform legislation is a high priority.

Other bills could protect banking institutions from criminal enforcement actions for providing services to the cannabis industry. The MORE Act and STATES Act are two of the most prominent.

The STATES Act also places the onus on banks to ensure their customers act according to state law. Many banks would likely see this as an unnecessary burden that prevents them from dealing with the cannabis industry.

The House of Representatives passed the MORE Act in December 2020. However, as the Senate didn’t consider it during that session, the legislation must go through the House and Senate.

At present, the STATES Act has a long way to go and may never make it into law.

The marijuana industry desperately needs the same banking access as other sectors. Without it, cannabis businesses operating legally are unable to:

It is a situation that encourages money laundering and other illegal activities. Dispensaries that operate on a cash-only basis are prime targets for thieves. It also ensures that states that have legalized cannabis don’t get to collect all their taxes.

At present, it remains a federal crime for banks to do business with cannabis companies. Until that changes, these institutions won’t risk huge fines, the loss of licensing, and the seizure of assets. As a result, legitimate marijuana businesses continue to operate in the shadows.