Marijuana legalization is sweeping across America. Medicinal cannabis is now legal in 35 states plus the District of Columbia and recreational weed in 15 states plus the District of Columbia. Some countries such as Canada and Uruguay have taken matters a step further, going so far as to legalize weed nationwide. You might think that this trend would lead to a reduction in black market trade but, strangely, this is not the case.

In this article, we look at why black market weed still exists in Colorado, California, and other recreational marijuana states. Read on to learn more about this pot-related paradox.

Which States Have Legal Recreational Weed?

States like Colorado and California are well known for their legal, recreational weed. So much so that some have dubbed Colorado as the unofficial marijuana capital of the States. However, more and more states are now following suit and jumping onto the legal weed bandwagon.

As of the time of writingf, the following states have legalized recreational (adult use) marijuana:

Despite this, cannabis remains illegal on a federal level, and that means that the black market is booming now as much as ever.

The definition of black market weed is weed that is illegally trafficked or traded. That means that any marijuana sold in states where the herb is still illegal is classed as black market weed, as well as pot sold illegally in legalized states.

Even in states where laws permit the recreational use of marijuana, it can only be sold under certain conditions. Not just anyone can buy or sell marijuana, and there are very good reasons for this. 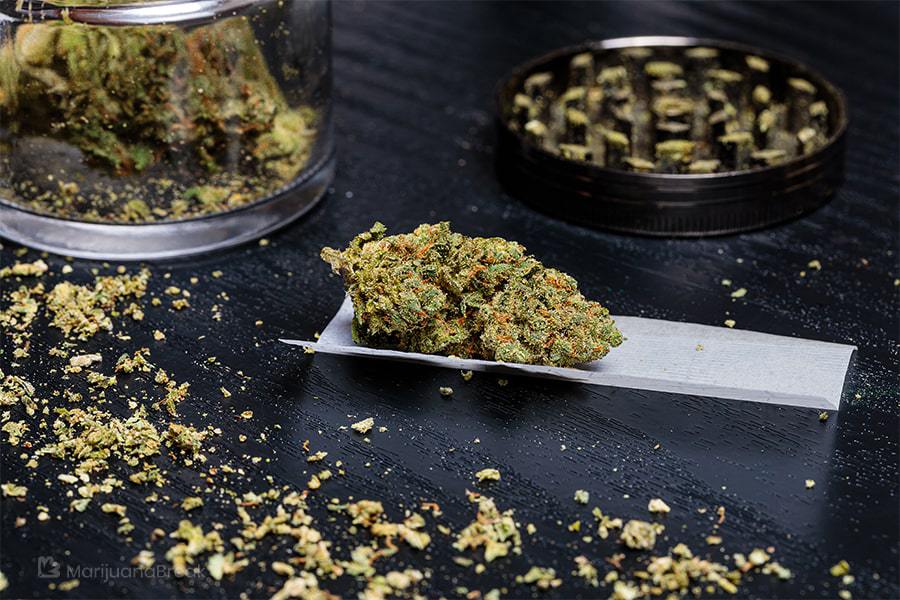 One of the main arguments for legalizing weed is that it increases public safety. Cannabis sold in legal dispensaries must be rigorously tested and properly labeled so that consumers know they are buying a product which is both safe and suitable for their needs, something which street dealers cannot usually claim. Dispensaries can also ensure that customers only purchase weed in legal quantities, and that it is not sold to minors or commercial drivers who are prohibited from buying cannabis by law.

However, all of this regulation comes with a hefty price tag. Marijuana dispensaries are expensive to open and operate, and also have to part with a large proportion of their income in the form of heavy taxes. Naturally, these costs are passed on to customers, meaning that buying from a legal dispensary can be prohibitively expensive for some.

Less reputable dispensaries have tried to circumnavigate this problem by operating without the proper licenses and paperwork. This may save money but also means they are essentially selling black market weed right under the noses of the police. However, this is not the sole reason why people continue to buy black market weed, even in legalized states. There are various other factors in play too.

As we previously mentioned, one of the primary reasons why people continue to buy weed on the black market rather than from legal dispensaries is cost. If you can buy pot from your friendly neighborhood dealer at a fraction of the price, why bother going to a dispensary and paying through the nose?

Actually, there are plenty of reasons to buy from a dispensary, including more variety and knowing exactly how much THC is in the product you choose. But we live in a materialistic society, and if someone can save a few bucks by buying on the black market, in many cases they will. For example, in California, an eighth of weed bought on the black market could cost as little as $20 compared with $50 for the same amount in a dispensary. That’s quite a saving by anyone’s standards!

Local dealers may also be more willing to sell to people under the age of 21 or truckers, for example. This is obviously an issue as there are good reasons why these groups of people cannot legally purchase weed. But it just goes to show that where there’s a will, there’s undoubtedly a way.

Another reason why many people turn to black market weed is availability. Even in legalized states, dispensaries, especially recreational ones, can be few and far between. This means that it could be far more convenient to buy from your local dealer, especially since many now operate a full delivery service. In Canada, many dispensaries reportedly ran dry following legalization as they had failed to anticipate demand. Furthermore, many Canadians were unimpressed with the quality of their legal weed and quickly returned to their previous buying habits.

There is also a more sinister reason why black market weed is still so prevalent in spite of legalization: Organized crime. Since, on a federal level, weed is still illegal, there are plenty of states where pot lovers have no option other than buying their bud on the black market. This provides criminals with an irresistible opportunity to smuggle weed from legal to illegal states without the risks of crossing an international border.

Many of these criminals are thought to be involved in large cartels, making this a far more serious issue than the small-scale dealers who sling on the side of their regular jobs. There are major concerns regarding labor trafficking and, of course, the risk of gang-related violence.

To give you some sense of the scale of the problem, as much as 85–95% of marijuana grown in California is thought to end up in illegal states, and pot from 34 different states has been traced back to Colorado. When you consider that states like Oregon have produced a massive surplus of high-quality bud in the past few years, it is no surprise that criminals have eagerly taken advantage of the situation.

How Has Legalization Affected Marijuana Crime?

One of the expected benefits of legalization was a decrease in marijuana-related crime. However, this has not yet proven to be the case.

For example, in Colorado, felony court cases relating to pot decreased between 2008 and 2014 but rose again between 2015 and 2017 once the herb was legalized. The state also saw an increase in organized crime during this period.

Marijuana seizures also increased with a shocking 80,000 plants found growing on public land in 2017. In the same year, the postal service intercepted 1,009 parcels containing 2,001 pounds of black market weed bound for other states. This figure shows a dramatic increase since 2010 when just 15 parcels and 57 pounds of marijuana were intercepted.

This increase was probably due to Colorado’s extremely generous laws regarding cultivation. Medical marijuana patients were initially allowed to grow as many as 99 cannabis plants at home or nominate a caregiver to do this on their behalf. The government quickly realized that this was asking for trouble, though, and in 2018 the number was limited to a more sensible 12 plants per residence.

Whether this new law has an impact on illegal cultivation and smuggling remains to be seen, but it should certainly make life more difficult for those growing weed for nefarious reasons.

It may be surprising to learn that black market weed is still so prevalent, even in states where marijuana has been legalized. However, once you look closely at the reasons why, it is entirely understandable. Unfortunately, there is no simple solution to the problem either. Whenever there is an opportunity to profit from illegal activity, you can be sure that someone will be there, ready to take the risk.

While it may be possible to reduce black market weed on a local level if legal dispensaries become more affordable, preventing it on a national level is far more challenging. Perhaps the only way to ever truly eradicate marijuana-related crime is to make it fully legal on a federal level, both for medical and recreational use. However, even then, someone is bound to find a way to exploit the situation to their advantage.

Although here at WayofLeaf we support legalization across all 50 states, we do not encourage any of our readers to break their local laws. For that reason, we urge you to only purchase marijuana from fully licensed, legal dispensaries in states where you are allowed to do so. And always enjoy responsibly!