The marijuana industry’s value continues to rise at a rapid rate. Legal cannabis sales more than tripled between 2014 and 2018, where they reached $10.9 billion. Estimates by ArcView Market Research and BDS Analytics suggest the market could reach $40.6 billion by 2024. Interestingly, five countries will likely make up over 90% of the global market at that point.

In many people’s eyes, the only tried and trusted method of accumulating wealth is through investment. This involves having a second income slowly growing as you work hard to boost your primary salary. Through this process, you can produce a substantial nest egg in a surprisingly short period. Investing in the stock market with mutual funds is a prevalent method of trying to boost wealth.

With the growth of the marijuana market, it is hardly a surprise that investors are keeping a keen eye on what’s likely to happen next in the cannabis industry.

In late 2016, there were no cannabis-focus Exchange-Traded Funds (ETFs). That all changed when American Growth Funds (AMREX), a mutual fund, began focusing on the sector and unveiled its Series Two Fund.

In this guide, we provide you with a brief overview of five significant cannabis-related investment funds (all figures in U.S. Dollars). But first, we must warn you of the potential dangers of dipping your toes into the marijuana financial sector.

Investing in Marijuana – What Could Go Wrong?

Adding cannabis plays into your financial portfolio means you are likely investing in something offered by a mutual fund. It is a collection of different marijuana stocks. As such, even if the overall market is performing well, your fund could hit the skids.

The Series Two Fund, for example, came into being at a time when the cannabis market was starting to accelerate its growth. However, a semi-annual report, released in January 2018, revealed that the fund was worth just $895,000. A figure that was far less than what was required merely to cover its expenses! At the time of writing, its net assets are just $800,000. 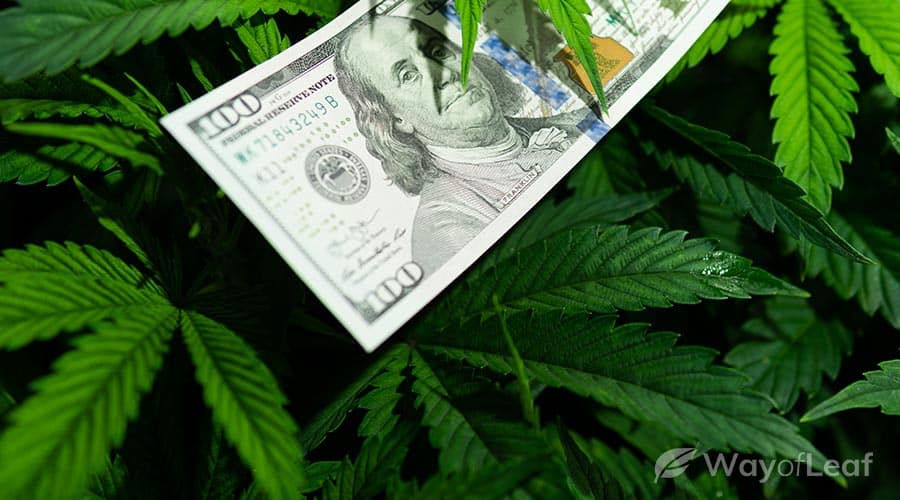 If you are investing in an American-based fund, please note that the plant remains illegal on a federal level. In theory, the United States Department of Justice could elect to crackdown on any marijuana-based businesses in the country. This is the case even in states where it is legal.

When we initially explored cannabis-related investment funds, the market was enjoying a massive surge. By mid-2018, a significant number of marijuana stocks were rising rapidly. At that time, investors paid more than what shares were realistically worth in the belief the market would continue to proliferate. This state of affairs didn’t last long.

A Recent Change in Fortunes

As we mentioned, cannabis stocks soared in mid-2018 for a few months. Tilray, a Canadian marijuana grower, saw a share price increase of over 400% in a matter of months. At the time, the stock boom was primarily empty hype. Tilray’s valuation was around $20 billion at that stage, almost the same as American Airlines (AAL). However, while AAL earned $45 billion in revenue in 2018, Tilray managed just $200 million!

Many industry experts are urging investors to steer clear of cannabis stocks.

There are already a phenomenal number of marijuana growers in America alone. More than there are breweries, in fact! As is the case with grocers and farmers, the weed market is sure to experience price compression. Also, as far as investors are concerned, marijuana is a commodity. They don’t care if it makes you feel energetic or stoned!

Tilray’s share price plummeted below $30 less than a year after it had exceeded $200. Practically every other cannabis stock followed suit. The aforementioned price compression means weed stocks are arguably not a good investment option. However, others will claim that shares are finally ‘value,’ and it is the right time to get involved. WayofLeaf is not an investment expert, and so we can’t – and won’t – make recommendations.

However, we have outlined five possible marijuana investment funds with potential. Nonetheless, make sure you discuss matters with a professional and only invest what you can afford to lose.

So-called Over-the-Counter (OTC) marijuana stocks are risky. All companies listed on major stock exchanges (such as NASDAQ and the New York Stock Exchange) must adhere to strict rules.

This includes the filing of regular financial statements and maintaining minimum market caps. These measures help investors assess the risks associated with stocks. OTC stocks don’t have to meet many of these requirements, and most cannabis-related stocks are of the OTC variety.

At one time, Horizon was the world’s largest marijuana ETF fund. By the end of October 2018, its share price was $14.55. Alas, those who bought in at that point are regretting their decision today as it is worth little over half that amount now. However, by March 2020, it seemed to ‘bottom out’ at $4.81 and has now increased by more than 50% in three months.

The fund tracks the North American Marijuana Index. Only companies with a market cap of more than $75 million with specific liquidity requirements are eligible for listing in this index. Also, companies must have a monthly daily trading volume of at least 75,000 shares. The average daily trading value minimum is $250,000.

It has more holdings than our #2 entry, but seven companies comprise 65% of the fund’s total assets. It is on the rise but hasn’t produced great results so far. Perhaps it is now undervalued and ready to increase once again? What’s interesting is that investors are not readily aware of the fund’s net asset value.

This was one of the best-performing ETFs in 2018. However, it fell a long way in 2019, like practically every other fund. At its peak, this ETF’s net assets were $679 million. At the time of writing, they are $581 million. Nonetheless, it remains the largest cannabis-related ETF by some distance.

It was the first cannabis ETF listed in the United States and holds almost 40 stocks. 70% of these companies are involved in MMJ and adult-use cannabis. Investors in this fund get a piece of big names such as GW Pharma and Canopy. However, please note that you’ll pay a management fee of 0.75%.

This is perhaps a surprising entry given its relatively low net assets of $20.7 million. Also, it has followed the other tried and trusted route of rising to great heights before plummeting. When it was first available in August 2019, shares cost over $23. By March 2020, you could get stock for just $6.81. However, it has enjoyed a 50% increase since, though it remains at less than half of its record level.

The goal of the investment is to provide results that correspond to the performance of the Innovation Labs Cannabis Index before fees and expenses. Unlike many other funds, The Cannabis ETF is designed for casual investors who want to get more exposure to the marijuana market. One major downside is the relative lack of diversification compared to its rivals.

What’s becoming abundantly clear is that all of the top-rated ETFs have performed similarly in the last year. TOKE is another small fund with total net assets of $10.2 million. Like its competitors, The Cambria Cannabis ETF hit the market at an inflated price of $25 in August 2019. The price rapidly tumbled to $8.78 in March 2020 before increasing by over 40% in a few months.

Its 0.42% annual fee is 0.33% less than many funds. It is also actively managed, which means the Cambria team looks for the best investments personally. More than 80% of the fund’s holdings are marijuana-related. It includes big players like Charlotte’s Web and Canopy Growth. Investors also gain exposure to Constellation Brands, one of the world’s largest alcohol companies.

YOLO is yet another fund that is relatively new to the party. Offered in April 2019, investors had to pay over $25 a share at that time. The fund’s share price tumbled by 75% by March 2020, before recovering significantly by June 2020. Even so, it is at around 40% of its all-time high price. It has $45 million in net assets at the time of writing.

YOLO is another actively-managed fund rather than being a cannabis index ETF. It targets companies across numerous marijuana industries, including biotechnology, agriculture, and real estate. It is one of the largest funds around and includes companies like Trulieve Cannabis and Village Farms International.

There are certainly never any guarantees in the world of investment. Investors should always temper their enthusiasm to reasonable levels. By the end of September 2018, it was clear that many investors felt cannabis stocks were massively overpriced. Once marijuana was officially legalized in Canada, investors began selling en-masse.

Funds that began in 2019 continued to provide overpriced offerings. Most of them crashed by at least 70% by March 2020. Most of them have since recovered, but is it a temporary port in a storm, or will the market increase like it did in 2018?

It seems as if the majority of “investors” are millennials who must realize they are operating in an age of two asset bubbles (along with cryptocurrencies such as Bitcoin). The boom in the market was based on a new approach to the drug business, along with an untapped market for consumers.

However, issues with supply and price compression caused share prices to crash. Now, it is up to you to decide if this means cannabis stocks are undervalued, or whether the market will never present a viable investment opportunity.

Please remember that marijuana is a commodity, which means its market is likely to go through boom and bust spells, just as with any other investment.

As with any financial decision, do your research and only invest what you can afford.

Is Your Dealer REALLY Selling You “High Potency Weed”

Determine the Quality of Your Weed