Given the growth of the cannabis market, it is fair to say that the plant is almost ‘mainstream.’ It is now fully legal in Canada, barring one or two outliers in certain territories.

It is legal for medical purposes in 33 American states plus D.C., and 11 of these states allow recreational use. However, not every location has set up its program yet. Uruguay is the only other country that permits adult-use marijuana.

Yet despite its growing popularity, there is much that the general public doesn’t know. In this article, we focus on ten incredible facts about cannabis that you are potentially unaware of.

The General Health Law of Mexico, amended in 2017, allows MMJ. Unfortunately, the amendment failed to create specific regulations to create a functioning market. This lack of regulations continues to plague marijuana in Mexico, though it is believed that changes are forthcoming. 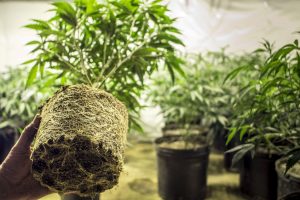 The hope is for a bill to legalize recreational cannabis to be approved by the end of the year. If that happens, Mexico will comfortably become the world’s largest recreational market in terms of population. Canada’s population is over 37 million, but over 129 million people live in Mexico.

2 – Illegal Marijuana Sale Carries the Death Penalty in Some Countries

There are a few American states with extremely harsh marijuana laws. However, these pale in comparison to a few other countries. Saudi Arabia is regularly the scene of individuals executed for selling hashish. The kingdom beheads an estimated 150 people annually. At least 40% of these punishments are meted out to drug dealers. In 2014, the state beheaded four men for smuggling large quantities of cannabis.

Iran is another nation that routinely executes marijuana dealers. In Singapore, possession of over 500 grams could result in your death. The nation hanged a Nigerian man in 2016 after he was caught in possession of 2.6 kilograms.

In 2017, news broke that the number of licensed cannabis dispensaries in Colorado surpassed Starbucks outlets. There were almost 500 dispensaries compared to 392 Starbucks and 208 McDonald’s locations.

However, the dispensary growth rate is so quick in some locations that they outnumber the combined total of Starbucks and McDonald’s outlets! In 2019, Denver had 25.5 dispensaries per 100,000 residents. Its total of Starbucks and McDonald’s stores was 20.9 per 100,000 inhabitants. In Portland, Oregon, the ‘score’ was 28.4 to 19.6 in favor of marijuana!

4 – Cannabis Is Less Addictive Than Some Well-Known Legal Substances

Part of the reason why the U.S. Government prohibited marijuana was its apparent ‘high risk’ of addiction. For decades, the Gateway Theory persisted as proof of this fact. The claim was that users of weed were likely to move on to harder drugs such as heroin.

Estimates vary, but it seems as if fewer than 10% of people who use weed develop a dependence on it.

At least 60% of people who try a cigarette become at least a temporary daily smoker. According to the Washington Post, around 12.7% of the American population meets diagnostic criteria for alcohol use disorder.

A study published in the Journal of Caffeine Research in 2011 assessed caffeine usage amongst various groups of people. The main criterion was that they had used the substance in the last seven days. It found that 35% of people met the criteria for dependence when all seven Diagnostic and Statistical Manual IV criteria were used.

In 2018, the American Addiction Centers performed a survey of 1,000 people. 57% of respondents said that out of cannabis and alcohol, they would legalize cannabis if they could only choose one. In general, people now believe that alcohol is more dangerous than marijuana. Amongst those who didn’t imbibe, 25% still believed that weed was safer than alcohol and less addictive.

This followed on from a 2014 survey by Pew Research. At the time, 69% of respondents said that alcohol was more harmful to society than cannabis.

6 – Marijuana Is the World’s Most Widely Used Illegal Drug

Figures vary, but recent estimates suggest that over 250 million people use marijuana globally. This data relates to the number of users in 2018. It is a significant increase in the 224 million people estimated to have used it in 2010. It is by far the most popular illicit substance.

A 2019 Gallup poll found that 12% of Americans smoke marijuana regularly. An estimated 52% of American adults have tried cannabis at least once in their lives.

7 – Racial Disparity in Marijuana Arrests Lingers Even After Legalization

As more states legalize or decriminalize the use of cannabis, the number of arrests has fallen. According to the ACLU, law enforcement still made 6.1 million marijuana-related arrests from 2010 to 2018. Despite growing legalization, there were 700,000 such arrests in 2018.

The ACLU also revealed that black Americans are still 3.64 times more likely to get arrested than white Americans.

What’s especially disturbing is that the aforementioned Gallup poll revealed that 14% of white Americans use cannabis. In comparison, only 9% of non-whites use it regularly.

8 – Support for Legalization Is at an All-Time High

A 2019 poll by Pew Research Center found that 67% of Americans believe that cannabis use should be legal. In contrast, only 32% believe it should remain illegal, compared to 52% in 2010. Strikingly, 55% of respondents who are Republican or lean that way were in favor of legalization.

A variety of wildlife species are being exposed to lethal levels of rat poison in northwest California. The likely reason is due to the number of illegal cannabis farms in the region. Research published in Avian Conservation and Ecology in 2018 made for grim reading.

It found that 70% of Northern spotted owls collected tested positive for rat poison. 40% of barred owls tested were also positive for the substance. According to the researchers, there are between 4,500 and 15,000 private cannabis growing sites in Humboldt County alone. However, only a fraction have legal permits. 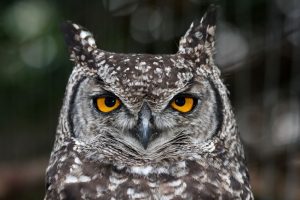 These farms use high levels of pesticides and rodenticides, which inhibit the ability of birds and mammals to produce vitamin K. This results in a series of coagulation and clotting issues. The unfortunate animals could develop uncontrollable internal bleeding.

According to Jonathan Green, a ‘slang scholar,’ there are at least 1,200 words for marijuana. He says that there are also hundreds of terms to describe a person’s level of intoxication after using weed.

The main reason we have so many slang words for cannabis is due to the plant’s illegal status. As Green outlines, the terminology became necessary because marijuana is prohibited. Examples include:

Final Thoughts on Marijuana Facts That Will Blow Your Mind

Although marijuana research is increasing significantly, we have barely scratched the surface. We know there are hundreds of compounds, including over 110 cannabinoids. However, most studies to date have focused on CBD and THC, the most prevalent cannabinoids. It is possible that lesser-known compounds such as CBG and CBN also have benefits.

Then there is the small matter of terpenes, the compounds responsible for the weed smell and taste. It will likely take decades before we get a definitive idea of what marijuana can do for us. This also depends on it becoming legal in more countries.