Long story short, a percolator is any water pipe that helps the marijuana smoke cool before you inhale it. It achieves this by forcing the smoke to filter through the water. You know that bubbling sound you hear when you use your bong? That’s the sound of a percolator in action!

If you have used a bong with and without a ‘perc,’ you’ll soon realize the difference; your smoking experience is so much smoother when a percolator is involved. The key to a great bong hit is diffusion. In science, this term is used to describe a substance’s movement from an area of high concentration to one of low concentration. It happens in gases and liquids because their particles move from one place to another randomly.

How Does a Percolator Work?

First of all, let’s look at how a bong works. Pack your marijuana in the bowl and light it up. The smoke gets filtered through the water and is pulled through the bong’s tube. The user places his mouth over the mouthpiece, inhales, and gets pretty stoned if he does a few hits!

When someone refers to a ‘percolator bong’ or a ‘water pipe,’ they are merely talking about a bong with a percolator attached. If you have ever used a bong without a perc, you may have experienced a dry hit or a scorched throat. When you add a percolator to the equation, you benefit from a filtration system that ensures a smoother hit. 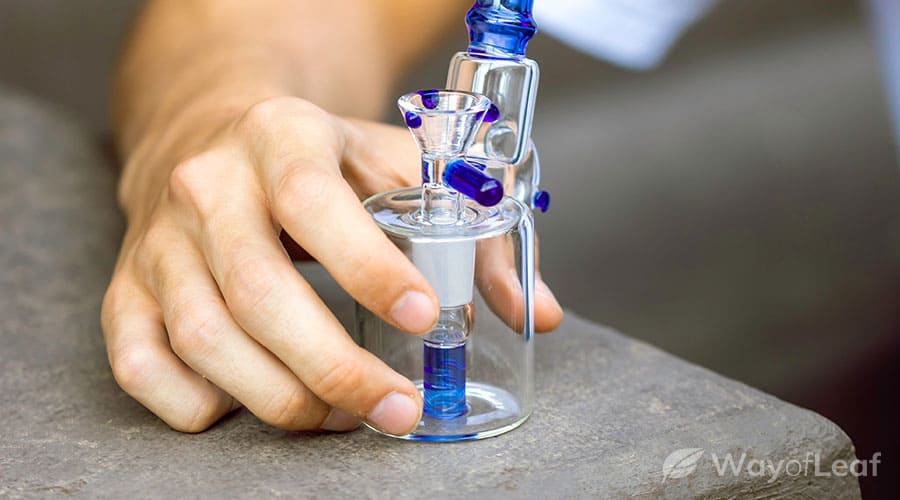 There is a wide variety of percs on the market (more on that later), but all of them break up the flow of water to help cool down the smoke as it moves through the bong’s water chamber. Percolators are typically dome-shaped although there is an array of outlandishly designed percs now on the market.

This process helps cool and filter the smoke in two ways. First of all, the smoke has a second chance to make contact with the water, which is inevitably going to help it cool down. The perc enables a larger surface area of smoke to reach the water which, of course, helps it cool down even more. Secondly, the bubbles get broken down and become smaller thanks to the pressure in the perc. The result is a smooth and cool bong hit.

Will a Percolator Enhance the High?

The quick answer is ‘no.’ The purpose of a percolator is to cool and filter the smoke for a more pleasurable hit. If you have problems hitting a bong, add a perc to the mix and try again. It will NOT magically increase THC absorption, nor does it make for a more intense high.

You might end up getting more stoned because the smoothness of the rips allows you to hit your bong more often than you would normally! However, a bong with a percolator actually loses more THC than a bong without a perc. The glass of the extra chamber is responsible for the loss. Don’t worry! The reduction in THC is minimal and won’t negatively impact your high. Besides, the smoothness of the hit will make you forget all about it!

This is a tube that sits in the primary water chamber and enables air to enter the chamber for better airflow. Downstems are a popular addition to water pipes because you can replace one with an upgrade easily, and it is simple to remove and clean. This type of perc has up to three holes to disperse the smoke.

This is one of the most popular and easy to recognize percolators. The Honeycomb gets its name from the circular disc shape which contains a large number of holes. The Honeycomb percolator doesn’t cause much resistance and does a fantastic job of filtering your smoke. Although it occasionally gets clogged, it is relatively easy to clean. 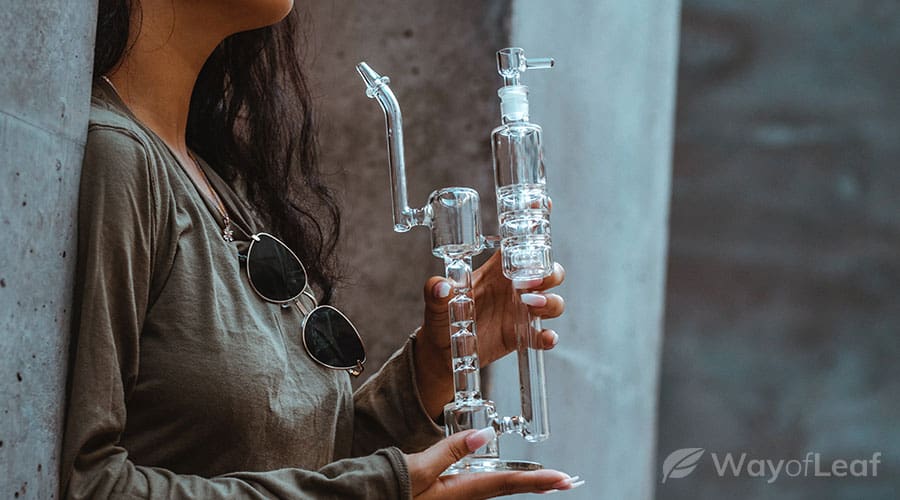 As you might have guessed, this type of perc gets its name from the limbs (which look like branches on a tree) that extend downwards and enable smoke to filter through. Great percolators all have one thing in common: They attain large levels of diffusion. With a Tree Percolator, the more limbs there is, the higher the amount of diffusion.

This perc type is one of the most popular because it is aesthetically pleasing. It is akin to a showerhead insofar as air is filtered the same way. A Matrix Percolator has numerous rows of holes, but only the top row filters the smoke. The rest of the holes are mainly for design purposes and make it hard to reach dirty areas. A Matrix perc gets the job done, but it is far from being the most effective style.

This perc has a simple design which makes it a popular option. A Showerhead percolator works by forcing the smoke through various tubes that shoot it out into the main piece’s body. This type of perc is normally combined with other percs to provide excellent diffusion.

As is the case with most designs, the Inline Percolator operates on the fact that more holes equal better operation. It gets its name from the basic design which consists of a single long glass rod. The holes are lined up along the rod. An Inline perc is normally used in smaller pipes because it doesn’t do a good job of filtering large amounts of water.

If you are fed up of having coughing fits and a dry throat every time you use a bong, invest in a percolator bong! It is the ideal water pipe for smooth smoking sessions because it filters and cools the smoke before it reaches your lips. By cleansing the smoke of contaminants, a perc bong can help a marijuana strain’s terpene content stand out more. The result is better-tasting weed and a more pleasurable experience in general. 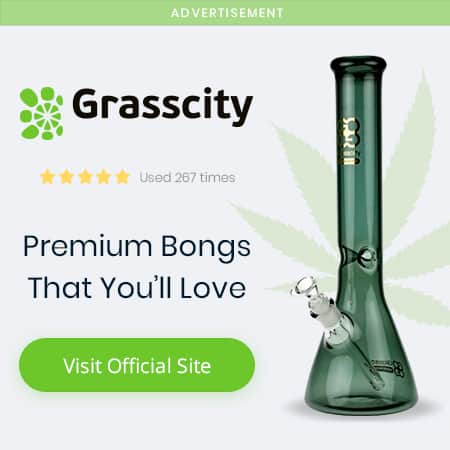