Would You Spend 1 Million Dollars on These INSANE Glass Bongs?

If you go online, you might discover a decent quality glass piece for under $50. If you want cooler designs and perhaps an additional feature or two, you will have to pay $100 or more. For seasoned weed users, this isn’t too great an expense. After all, a well-designed glass piece makes the smoking or dabbing experience real pleasure.

If you aren’t too clumsy and remember to clean it regularly, your piece can last for years.

Glassblowing is a difficult skill. On occasion, the world’s best know that they can craft a one-off masterpiece that sells for five figures. You may not realize that at the time of writing, there are numerous pieces worth six figures. At least two are worth seven figures! In this guide, we countdown the top 6 most expensive glass pieces globally. The list culminates in not one, but two, million-dollar marvels.

You will be hard-pressed to find a more talented glassblower than Scott Deppe. He is the owner of The Mothership. It is a glassblowing company known for creating some of the planet’s most stunning bong pieces. One wonders just how high he was when he dreamed up the conception of gold-encrusted marijuana leaves wrapped around a skull made of glass.

If Deppe had lived in the ancient Mayan culture, he might have received god-like status for creating this skull! There are several reasons why this bong is so expensive, aside from the reputation carried by Deppe. It includes 21-Carat gold with a fumed Quartz finish. You can actually use it to smoke weed! At nine inches tall, it isn’t large and unwieldy. Also, it is the only piece of its kind in the world.

As you’ll soon discover, Deppe is involved in the creation of expensive glass blowing pieces rather often! He combined his talents with those of Sagan Glass to develop this mind-blowing Faberge Egg Perc. It stands approximately 12 inches tall. The mysteries of outer space obviously inspired it. The duo used extremely thick glass in blue, green, and black colors.

The combination of Deppe and Sagan is a dream-team in the glassblowing world. Having their names on pretty much any piece of glass will jack up the price considerably. This percolator includes a huge glass bowl designed for group smoking sessions. It also has a cap to save later hits. It is a functional perc, but it is too beautiful to get dirty!

The battle of the bongs …

This particular bong fits perfectly into the idea that the pieces on this list are works of art. It is a magnificent bong made from borosilicate glass modeled after the actual Hayabusa Satellite. It was created by Sagan Glass, who operates out of Bellingham, Washington, the same city as Scott Deppe.

This bong is a triumph as it goes into painstaking detail and looks uncannily like the real thing. Check out the solar panels on the wings of the satellite bong for proof! It is over 12 inches tall with a sturdy base. It works too if you dare to sully the remarkable design!

You probably thought it was crazy to see a bong sell for a shade over $100,000. We guess you believe Sedna’s buyer belongs in an asylum for paying triple that amount! Banjo & Joe Peters created it. Sedna is a cybernetic marine-based humanoid covered with sharks, coral, and fish.

It initially seems to lack the sophistication of other bongs on this list. After all, it looks like a robot toy.

However, Sedna was the most expensive bong of all time when sold in 2016. A more detailed look at the bong reveals that each aspect has subtle designs. They make it look more realistic when viewed up close. Sedna is over 12 inches tall, made from borosilicate glass, stands up on its own, and is fully functional.

This is an all-star collaboration involving Scott Deppe, Banjo, Darby, and Clinton Roman. It is widely considered the greatest combination of talent to ever work on a single glass piece. The mere fact that The Throne was made by the czars of glassblowing means it is worth far more than the average bong.

Then there is the small matter of the awesome design. The dream team made The Throne in 2010, and it is 22 inches tall. The design consists of what looks like an alien with three skulls protruding from a scaly tail. It is heavy by bong standards at almost six pounds. You can see the mouthpiece if you remove the skulls. It is a functional bong but would you risk using it?

Is it worth the extra cash? …

The Throne stood alone as the world’s most expensive bong. That is until Kevin Murray came along with his remarkable glass piece. Earl the Skeleton Pipe is over 36 inches tall and made from gorgeous fumed glass. Murray even included a custom stand. This piece consists of eight separate pieces. You get two dry pipes and six dab rigs for your million bucks, which is almost a bargain!

Earl is mounted on a stand similar to what you would see in a classroom skeleton. What’s remarkable is how Murray managed to create a functional skeleton bong that is moderately anatomically correct. While he couldn’t create every bone in the human body, he made an excellent attempt.

Just when you thought there was only one million-dollar bong, another came along to blow your mind. It is easy for us to dismiss these purchases as the follies of the uber-wealthy. However, with the growth of the marijuana industry, bongs are becoming fashionable and desirable. 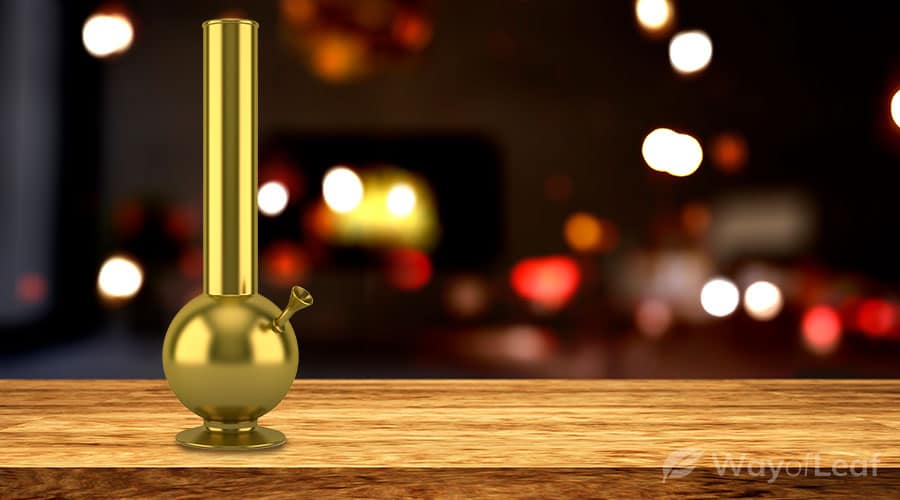 Already, we have reached the point where bong-making has developed into an art form. Perhaps one day, buying an incredible glass piece will be no different from investing in a Matisse or Monet painting.

The people who purchase these bongs may have far too much money. Nonetheless, it is wrong to dismiss the skill of glassblowers, such as Deppe, Murray, and Sagan. Sure, few of us know anyone who would pay such a vast sum for a glass bong. Even so, we are allowed to, and should, admire the craftsmanship in question. 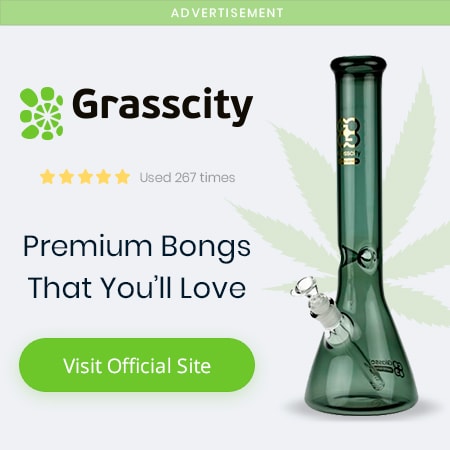 Related Articles
Waterfall Bong for Weed [Info + How to Make One]

8
3 min read
Would You Spend 1 Million Dollars on These INSANE Glass Bongs?

The most expensive bongs on the planet

0
4 min read
What is a Percolator Bong for Weed? And How to Use it

2
8 min read
How to Get Better Bong Rips… Super Easily!